Last month I flew to Cyprus because I wanted to hear a legend sing – Googoosh, the Iranian diva, who had sung songs of love and exile as an early twenty-year old, long before they became her own theme songs. Pre-revolutionary vintage, made new again after more than twenty years of silence and a second shot at singing. 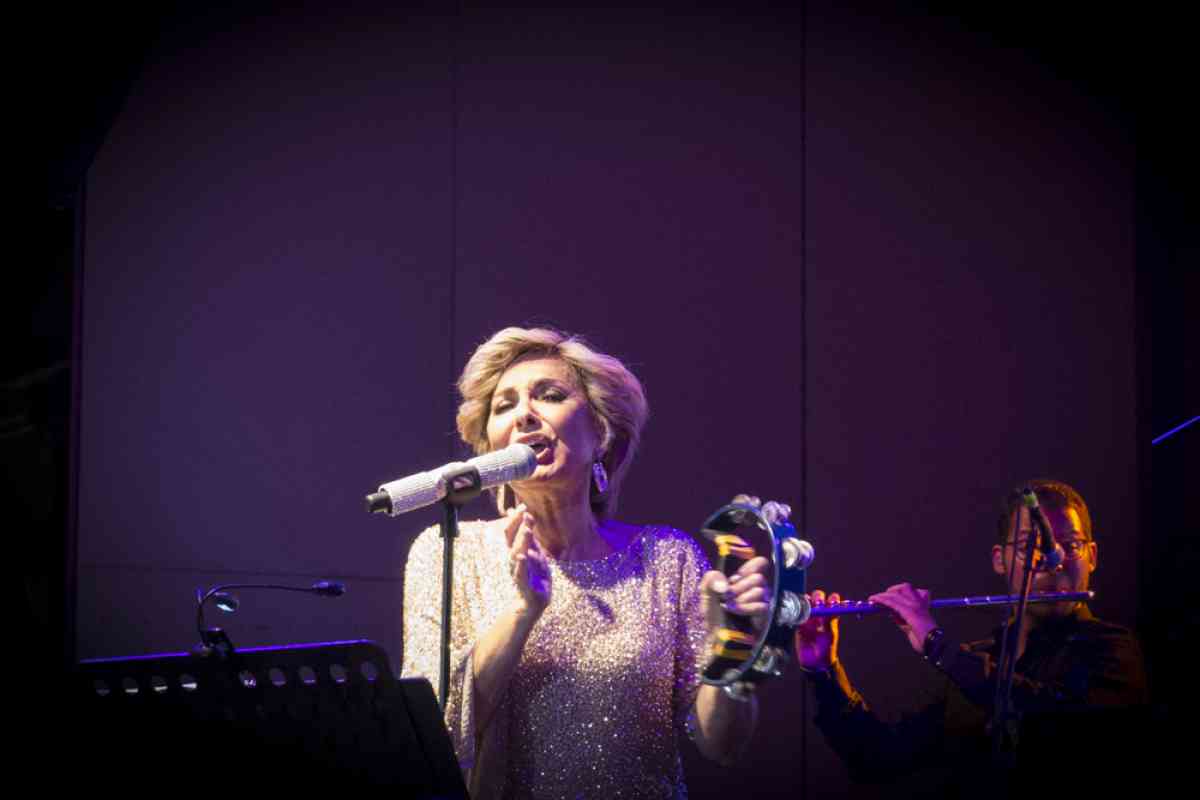 My friend, Roxanna, had stumbled on the concert announcement by accident, as she was looking for things to do in Cyprus for out-of-town guests. It was advertised with a seating plan for 1400 people and tickets were expensive. I hesitated. The date was at the end of my last week of work; I wondered whether the travel would keep me from wrapping up responsibly. But all I needed was a laptop and an internet connection, and the prospect of seeing Googoosh perform live, in the presence of an audience that had flown in from Iran especially to hear her sing, was hard to resist.

Having grown up in different countries, I carry inside of me a mosaic of disparate cultural markers. Maybe I picked up on her music later in life, but her name has an emotional echo that goes back beyond remembering. Her songs, the timbre of her voice, have the patina of early childhood memory to me. 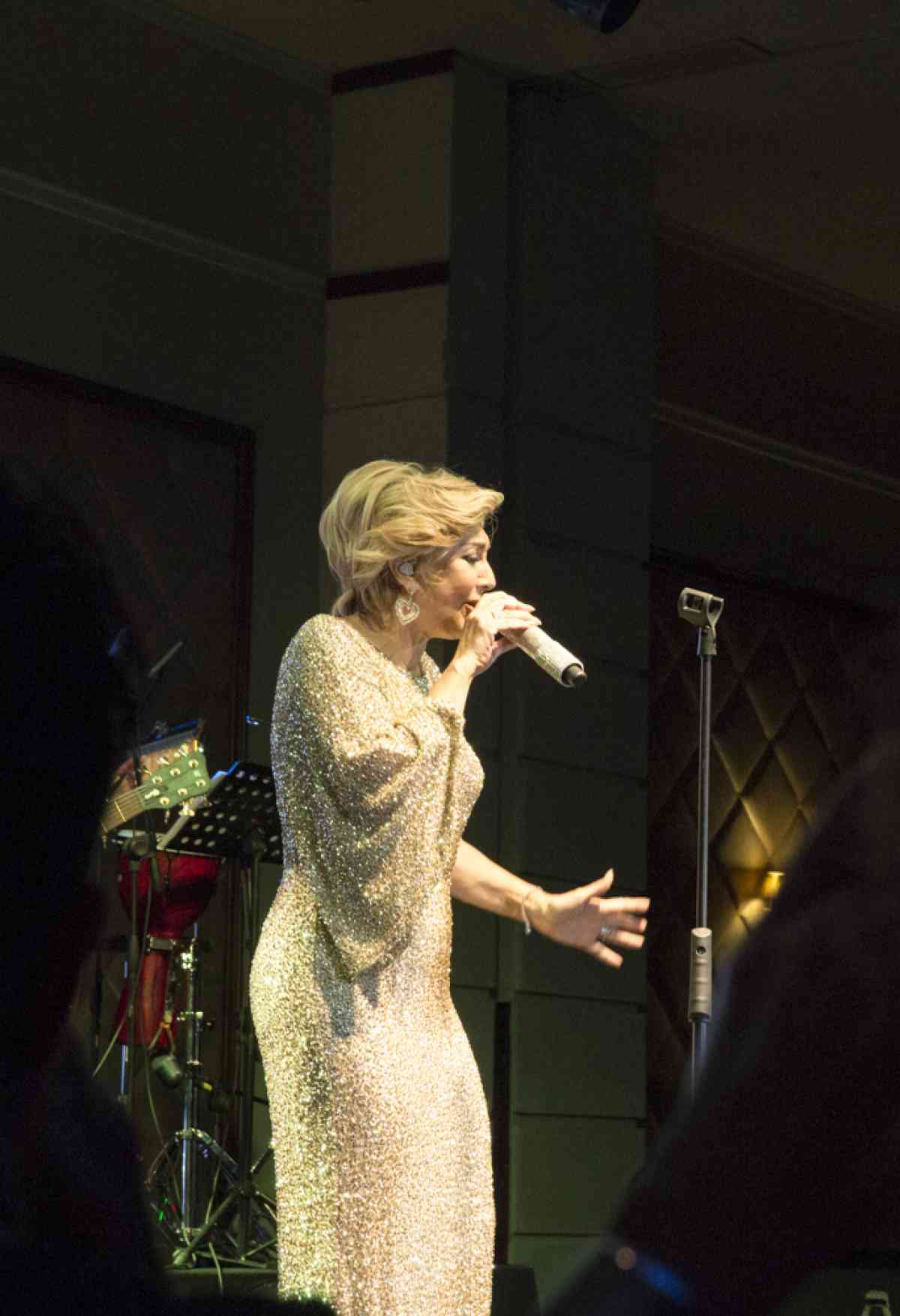 A voice full of longing, unabashed, emotional, sovereign. Like fado and the many other forms of setting grief and strength – life itself – to music. A voice that carries the memories of a distant time, before the revolution, before the wars, when Iran had a pop diva of its own, with a voice like Edith Piaff and a taste for extravagance and elegance.

Nostalgia is never only private. It is always echoed and amplified by the longing of others.

Googoosh was a young legend and then the revolution silenced her. Or actually what silenced her was her stubborn insistence to return to Tehran while the violence was still raging and her friends thought she would surely be killed. She wasn’t, but the regime took her passport and she no longer performed. She calls it her twenty years of silence. We are told she took care of her house and read books. Did she at least sing to herself?

After twenty-one years, the Khatami regime gave her a passport. The Canadian Embassy gave her a visa. Exile gave her back her voice.

The first few concerts after she left Iran, more than fifteen years ago now, must have felt like a miracle. And now she was giving a concert at the Kaya Artemis Resort and Casino in Northern Cyprus.

The website showed a close-up of her face with a sparkly headpiece. I pictured a glitzy hotel and a room full of elegant, overdressed people ready to be enthralled, and I realised I wanted to go. I wanted to be back in the embrace of an Iranian crowd that was having a good time. I wanted to feel the defiant push of listening to what is no longer silent, and the longing for more, more release. 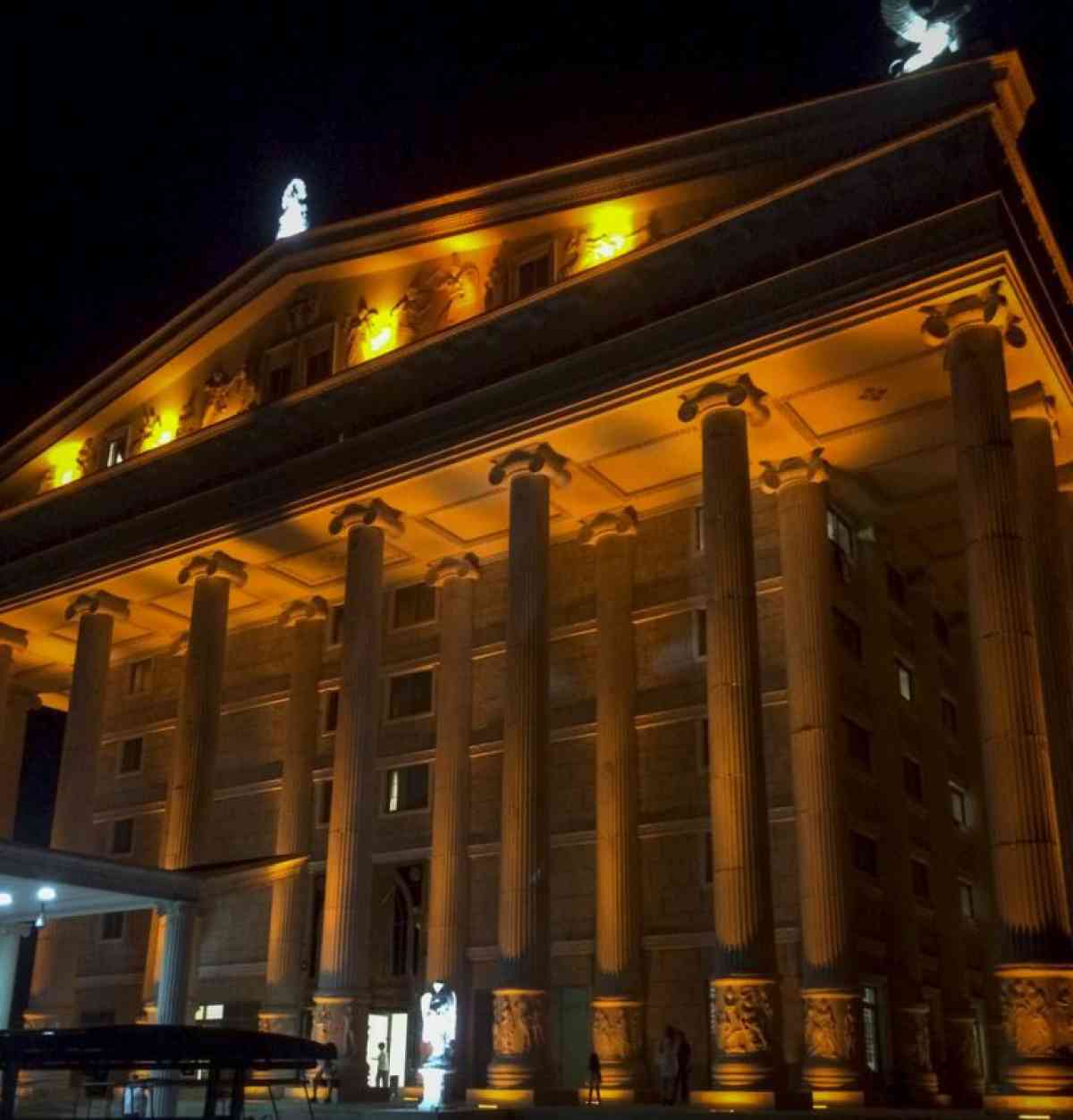 The resort did not disappoint. On the day of the concert we drove up from Nicosia and were met by a towering Greek temple bathed in light that rose up from a dark landscape; its corners adorned with statues from different religious traditions. The grounds were expansive and designed to make guests briefly feel like film stars and models, with a string of swimming pools and gardens sloping to a distant private beach.

But the concert almost didn’t happen after all. We had been milling around the marble halls and faux sculpted gardens, laying bets on how late it would start, when a small riot broke out at the standing table in front of the Efes hall, where people were still lining up to buy tickets. Advertising had been minimal and not enough people had shown up. There was a rumour the evening wouldn’t go ahead unless some number was reached.

“There is no concert; she’s not even here,” a man shouted. “I knew it. This is our fate; we Iranians are always so easily fooled.” 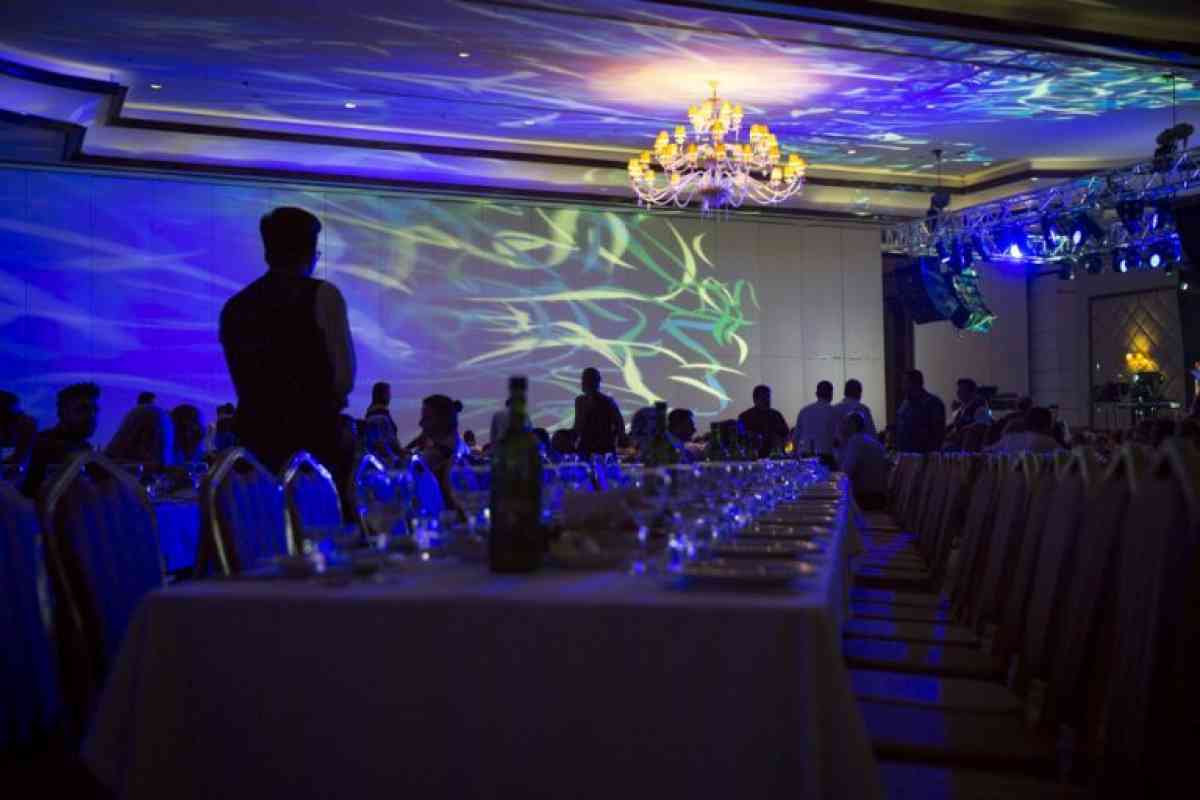 And then somebody put down the remaining money, and the doors opened, and we were let into a room bathed in deep blue light, half the size of the original seating plan, but still too large for the crowd. And we sat down at long tables covered in crisp linen with wineglasses and platters with grapes and cheeses, and everybody complained about their hotels and about Agha Reza, the agent, who had arranged the travel from Iran. And then the band took the stage and everybody was on their feet and the evening had begun.

“Why don’t you sit down,” she told the audience as they rushed towards the stage. “You will get tired, lifting your phones like that all evening. Just sit down and relax, listen to some Googoosh.” And we did. We listened and were enthralled. People danced and swooned and held up their phones. Couples hugged. I walked the room with my camera, letting the music flow through me as I looked through the lens.

In interviews she speaks about how her fans sustained her during all those years. They sustain her and she sustains them. Nobody would have minded if it had been terrible. But it wasn’t. She sang as she had always sung, powerfully, emotionally, beautifully. She sang the stories of the people who came, of love and exile and longing. She sang their stories back to them.

She sings because she loves it, probably. But there is also a sense of duty, almost a calling. In an early interview after the singer returned to the stage, the interviewer opened by asking. Who is Googoosh? She answered the question as Faeghe Ateshin – Faeghe being her real name: “Googoosh is an artiste,” she said, choosing her words with care. She was elegant, but not glamorous; down to earth. “She came onto the stage unformed like dough,” she said. “And she became solidified, as if made of cement. As Faeghe Ateshin I have tried to preserve Googoosh as best I can. I don’t know how well I managed, but I did what was in my power.” 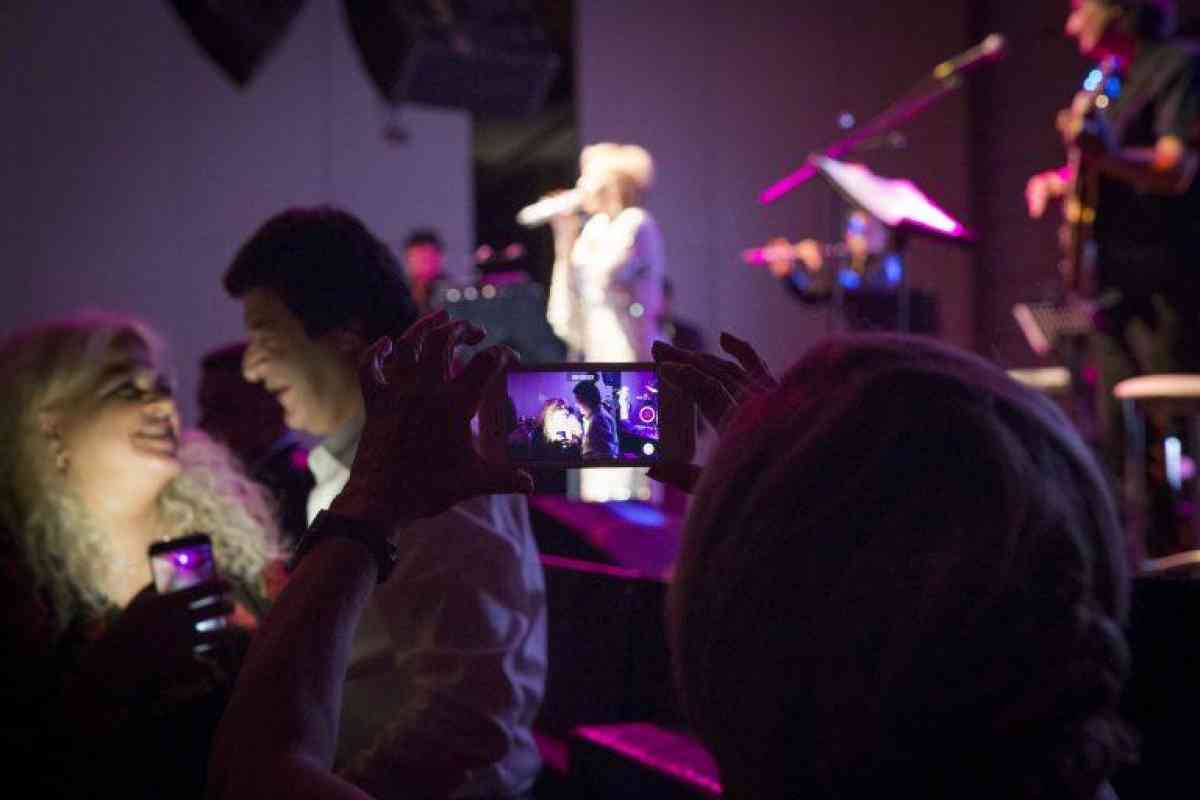 The interviewer, a dignified matronly woman, thanked her, also choosing her words with care. “You took good care of our Googoosh,” she said. “I want to thank you for that. It must have been hard.”

After the concert we returned to our taxi. The driver, a Greek Cypriot, had placed the sign on the car’s roof and had turned it on so we would be able to find him in the dark parking lot. “I had the singer in my car,” he told us as we got in. “What?” we asked, laughing incredulously. “They came to the parking lot looking for a taxi and saw my sign. I took them to their rooms further down. The manager sat there,” the driver pointed. “The body guard over there, and the girl sat over here.” He kept calling her ‘the girl.’

We did the math later – she must be far into her sixties. But she had stood on that stage in her long sequined dress, like a slender mermaid, and had sung, her voice unchanged. Like she had never done anything else, like there was nothing else she was meant to do. 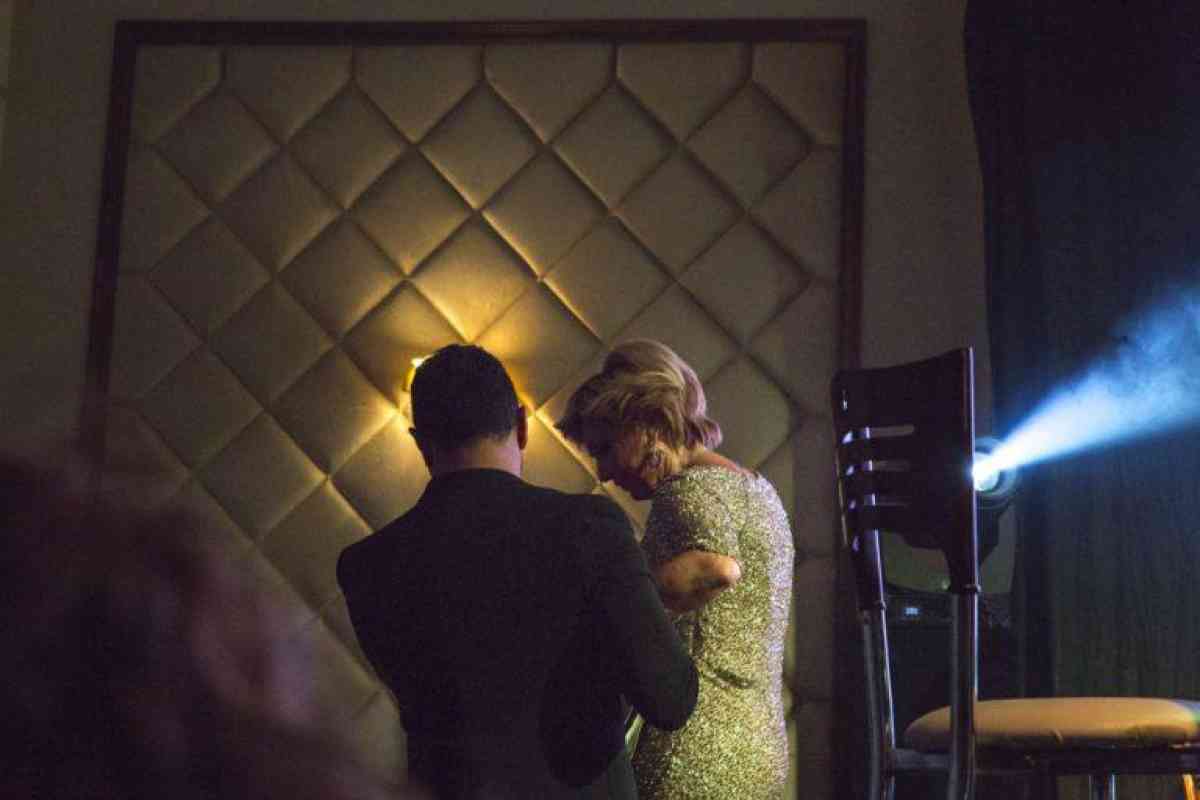 How did she feel as she sat in the taxi? I wondered as we sat were she sat. And later as she closed the door to her hotel room behind her?

She had sung for an audience of maybe three hundred, in a room that was hastily rearranged but still too large – a few hundred people who had travelled far and spent a lot to see her. Who walked the hotel’s halls afterwards, to their rooms and their taxis, beaming, calling out to each other, saying “I’ve just had such a good time.”

Does she still sing when she is alone? 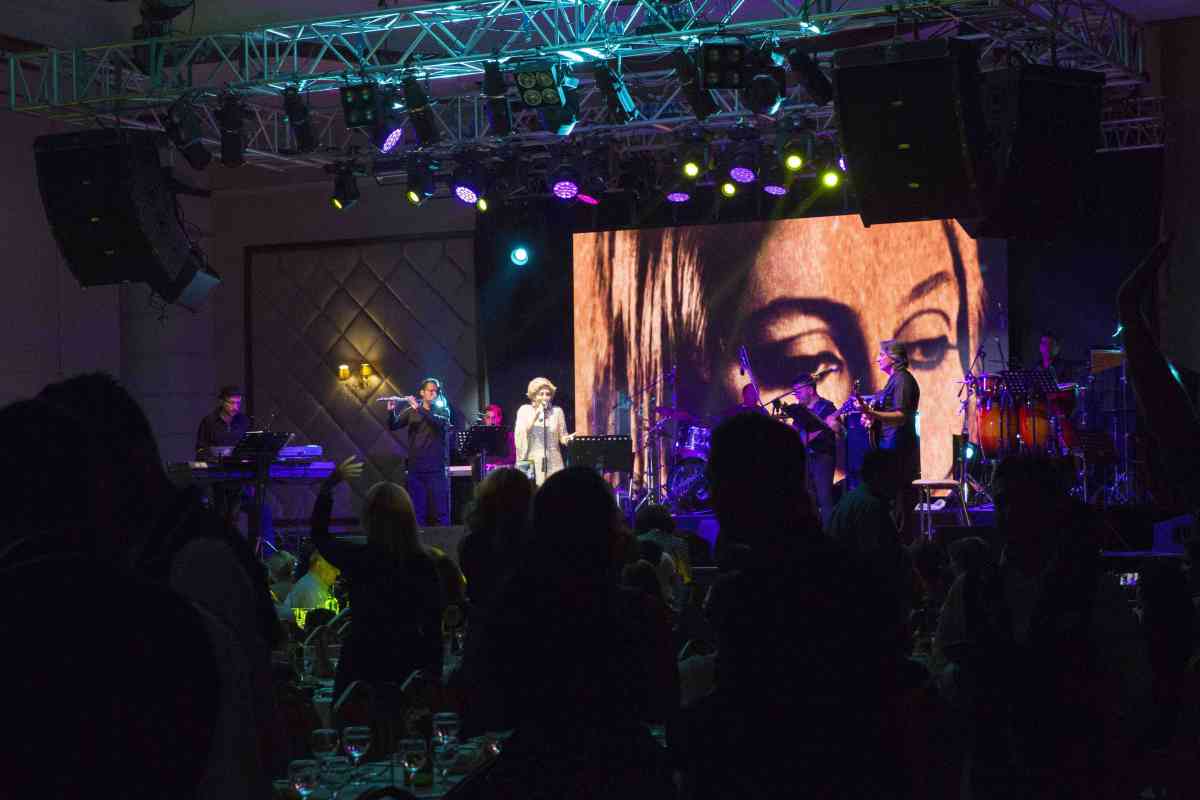